Three quarters lion, one quarter tiger and a pinch of disbelief

Nature Asia documents the story of Cubanacan’s birth, the result of 15 years of hybridisation experiments at the Alipore Zoo. The zoo soon became famous as the only one to have ever successfully bred litigons. Around the same time, the debate around hybridisation was becoming more heated.   Why? Well, hybrids call into question the very definition of what constitutes a ‘species’: “groups of inter-breeding natural populations that are reproductively isolated from other such groups”. Simply put, it is unlikely that different species, like a lion and a tiger for instance, would choose to naturally mate with each other. (Natural hybridisation in plants, on the other hand, is much more commonplace and even more likely to result in fertile offspring.)

Animal rights groups claimed that these “experiments in captivity” had more exhibition value than scientific value. Scientists warned that hybrids would most likely suffer from genetic abnormalities, be less fertile than their pure-blood counterparts, or constitute the ‘end of the evolutionary line’, much like the best known hybrid, the mule. Finally, pressure from wildlife protection groups instigated the government to ban inter-species breeding of large cats in 1985, putting a halt to hybridisation experiments in India. 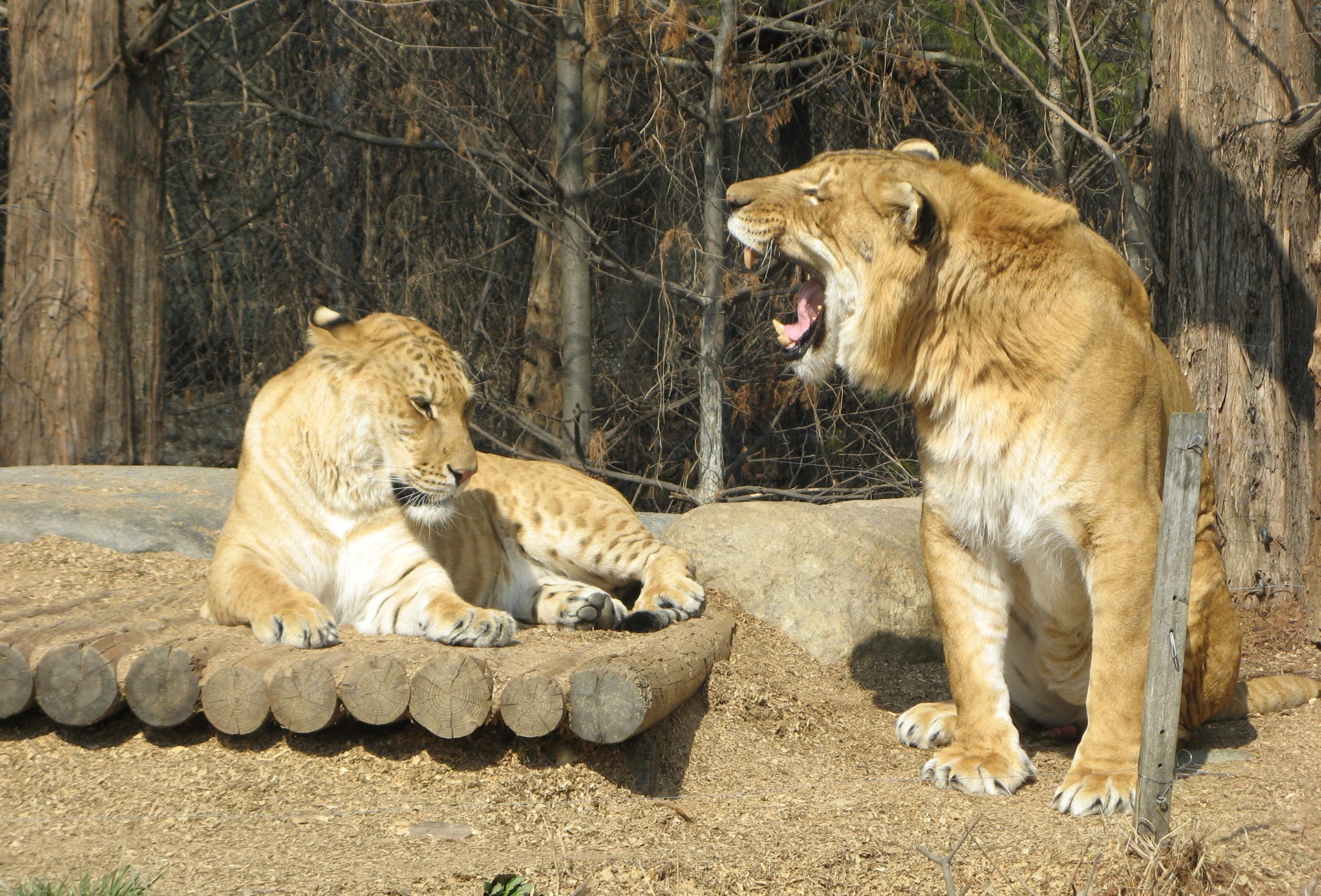 A liger couple from a zoo in South Korea; photograph courtesy Wikimedia Commons

Even now, there is a strong and dominant view that much like habitat loss, poaching and illegal wildlife trade, hybridisation is a threat to endangered animals -- a sentiment echoed by organisations such as the IUCN as well.

But the Alipore Zoo experiment challenged the notion that hybrids are an evolutionary dead end. Cubanacan, who grew up to be one of the largest hybrid cats in the world, was proof that hybrids can be healthy -- after all, his mother was fertile and produced viable offspring. And it’s not as if genetic weaknesses show up only in inter-species breeding, either. A largely unsupervised breeding program at Chhatbir Zoo at Chandigarh in the mid-1980s made an attempt at intra-species breeding between Asiatic lions and African lions. The program produced over a hundred lions, but most of them died of unidentified diseases. The third that remained were weak and emaciated. In 2006, the Central Zoo Authority ordered that all hybrid lions be prevented from breeding further and forced to die out, claiming they were weakening the blood pool.

In the Mechanisms of Speciation published in 1981, geneticist Alan Templeton argued that hybridisation results in the production of unstable hybrids, in-breeding and hybrid breakdown. But this is turn results in natural selection which can create later generations with better viability and fertility. Recent research also reveals that hybridisation has been a part of the natural evolutionary story for butterflies, sharks, dolphins, bears, and even humans.

This forces us to ask some difficult, but critical questions. How blurred are the lines between different species? What really differentiates one species from another? Is it possible that two different species such as the tiger and the lion which evolved from the same common ancestor, diverged in some ways but not all? Most importantly, do animals such as Cubanacan show us that there may be a different way to understand the process of hybridisation?