Chilika Lake gets a new ambassador, the Fishing Cat!

During Wildlife Week, 2020, the Chilika Development Authority announced the Fishing Cat as its new ambassador

The largest brackish water lagoon in Asia and India’s oldest Ramsar Site, Chilika, has an ambassador – the only wild cat species in India that is a wetland specialist – the Fishing Cat. The globally endangered felid was found to be present all around Chilika but the marshlands fringing its north and north-eastern sections was where most evidence of its occurrence was found, according to a recently concluded study conducted by The Fishing Cat Project (TFCP) and the Indian wing of Fishing Cat  Conservation Alliance (FCCA) in collaboration with the Chilika Development Authority (CDA). The future plans of this collaborative venture  between CDA and TFCP include regularising protocols to estimate Fishing Cat populations in Chilika and to create a Fishing Cat conservation network by involving local stakeholders, college  students, researchers, non-government and government organisations. The Fishing Cat is the only wild cat species in India that is a wetland specialist. Photograph: Terry Whittaker

Fishing Cat is a Schedule I species and deserves conservation measures of the highest accord in India like the tiger and elephant. Unfortunately, marshland and mangrove ecosystems, which are Fishing Cat habitats are in decline. Chilika has one of the country’s largest extensive marsh-ecosystem spanning around 100sq.km. Welcoming CDA’s proposition, Tiasa Adhya, co-founder of The Fishing Cat Project says, “Projecting the Fishing Cat as the face of marshlands will raise the profile of the Fishing Cat and marshland ecosystems globally and nationally which are otherwise neglected ecosystems. Locally, it will nurture their value  among multiple stakeholders in Chilika.” These marshes receive the maximum freshwater flow from the tributaries of River Mahanadi and other seasonal rivulets. Analysis of long-term data collected by the Chilika Development Authority (CDA) shows that this area also has a high fish abundance. This is significant given that fish is the lifeline of Chilika, sustaining 2 lakh fishermen families and globally threatened piscivorous mammals like the Fishing Cat,  Smooth-coated Otter and Eurasian Otter. 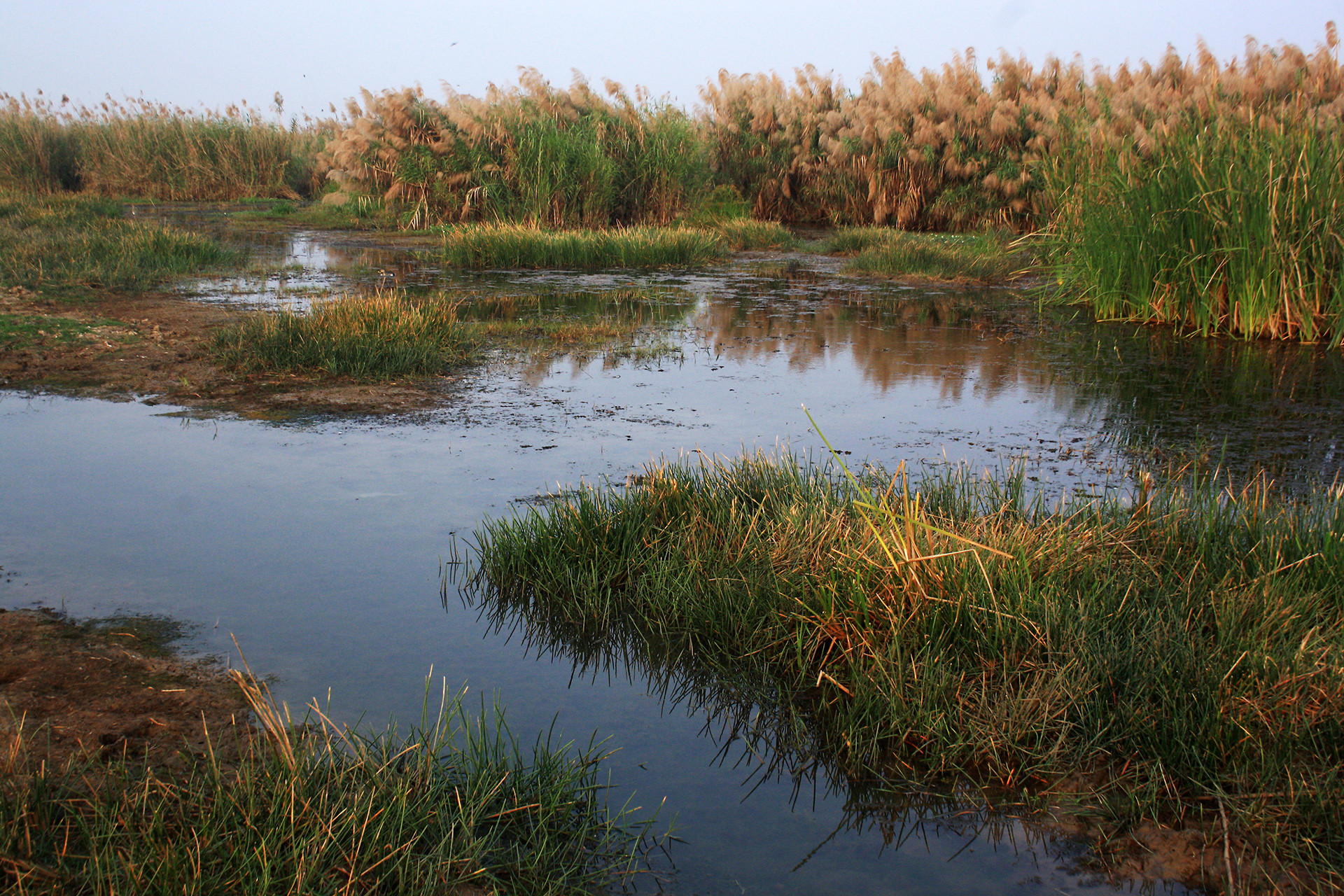 “Management interventions are required to prolong the life of this marshland so that it can continue to provide for the globally endangered Fishing Cat, the hundreds of precious birdlife that arrive every winter here and to the indigenous fishing community,” says Partha Dey, co-founder, TFCP. Estimation of the Fishing Cat population will be done through camera traps in the near future collaboratively by CDA, TFCP and the Indian wing of FCCA. The results are expected in the first part of 2021 and will be first of its kind in estimating the population of the apex predator of this coastal ecosystem. 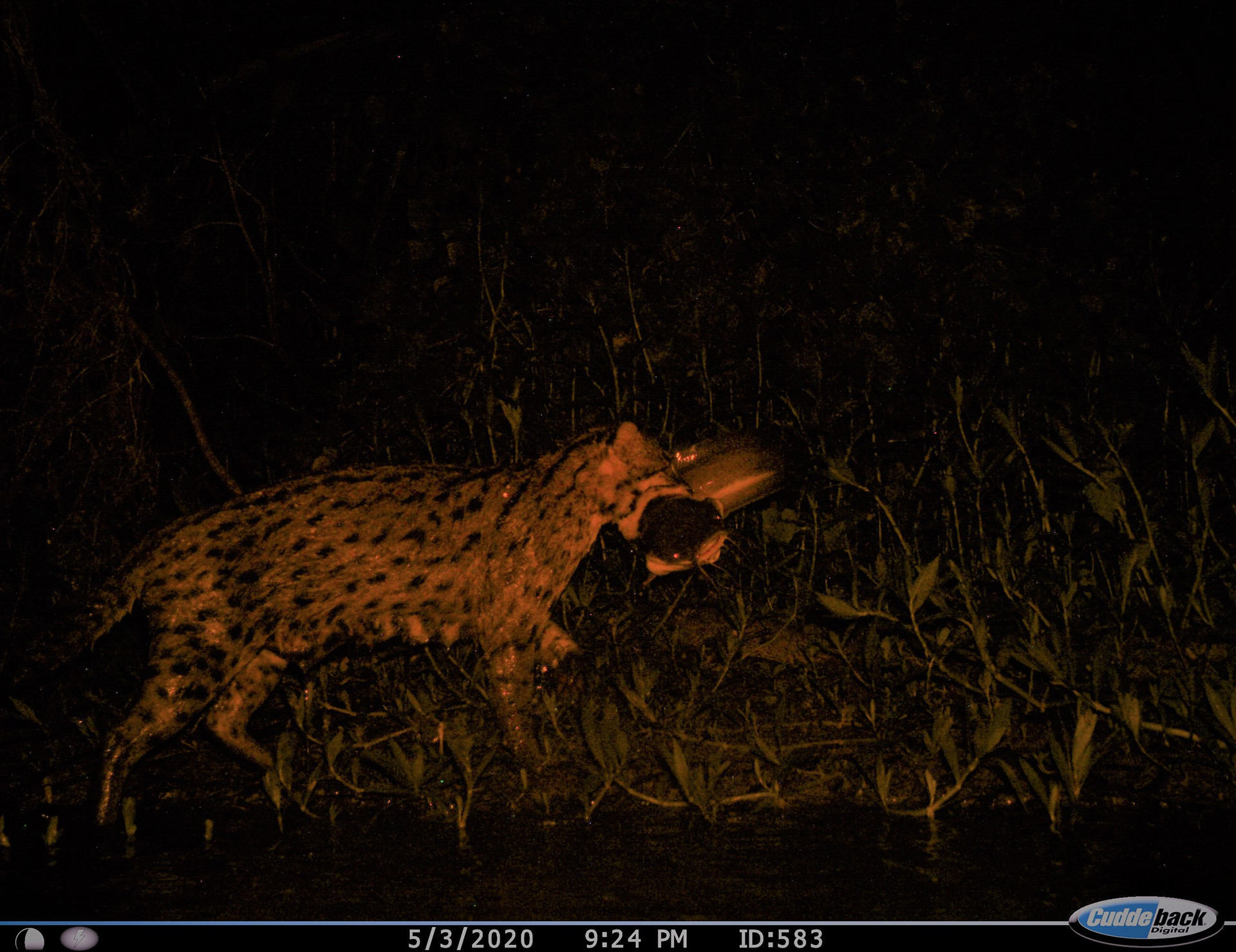 Cover photograph of a Fishing Cat by Terry Whittaker