With the arrival of the harvest season, the state of Maharashtra which houses a large population of leopards has seen an evident rise in man-leopard encounters. Over the years, a variety of factors like deforestation, habitat encroachment, urbanisation and poaching among others, have forced these wild cats out of their natural habitat and into human-inhabited regions. In the backdrop of these advancements, the leopards have adapted to habitat modification by drifting out of the shrinking forests margins and into the dense towering sugarcane fields.

Fostering adequate shelter and safety, the sugarcane fields have become a suitable place for female leopards to birth and rear cubs. Consequently, with the onset of the harvest season, the farmers are finding themselves in a rather precarious situation. Whilst gathering the yield they are often exposed to young leopard cubs amidst the sugarcane fields.

In a recent incident, local farmers of the Nagapur village stumbled upon a tiny leopard cub just as they were heading back home from the fields. Worried for the cub's well-being, they immediately contacted the Forest Department and the team at Wildlife SOS. Wildlife SOS is an NGO that works out of the Manikdoh Leopard Rescue Centre in Junnar. Their team is specially trained to carry out rescues of leopards in distress, while also providing lifelong care to the ones unfit for release back into the wild. Additionally, Wildlife SOS conducts training and awareness programmes across the state, to encourage tolerance and acceptance of these magnificent felines by the communities that share their surroundings. With a high success rate of past such rescues and leopard cub-mother reunions, Wildlife SOS has often worked in collaboration with the Maharashtra Forest Department to mitigate man-leopard conflict situations. 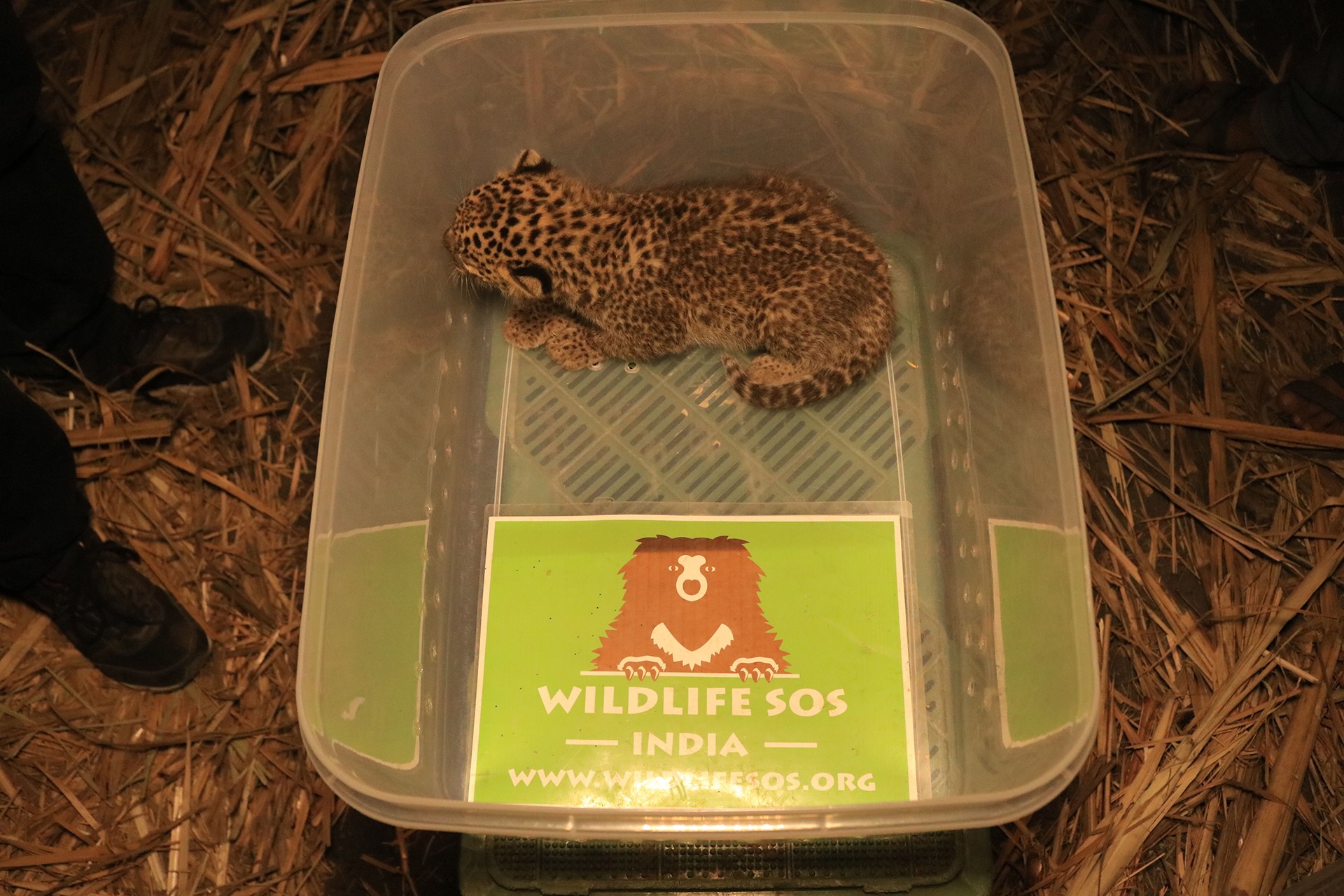 The leopard cub was placed in a crate so it could be reunited with its mother. Photograph: Wildlife SOS

Hearing about the cub in Nagapur, Dr Ajay Deshmukh, a senior veterinarian at Wildlife SOS and his team geared up for the rescue and was at the location in no time to meet the forest officers that had also arrived. A quick inspection by Dr Ajay confirmed the cub as a male, about 9 weeks old. Luckily, the cub was healthy and ready to go back to his mum! At first, the villagers opposed the idea and insisted that the cub is taken away. However, they were more understanding of the situation on realising that an enraged mother in search of her missing cubs would pose a bigger threat. If mother leopards are unable to locate their cubs, it is natural for them to turn defensive or aggressive and they pose an immediate threat to humans in close proximity.

The leopard cub was carefully placed in a safe box, close to where it was found and the Wildlife SOS team installed remote-controlled camera traps to document the reunion process, from a safe distance. After hours of waiting, the mother leopard finally emerged from the neighbouring forest and cautiously approached the clearing. On reaching the crate, she patiently waited to ensure no danger stood in the way of her cub, and then she cleverly used her paws to carefully tipped over the safe box. After scrutinising her baby, the content mother delicately grabbed him by the scruff of the neck and disappeared into the dense forest. We could only imagine her relief on finding her young one safe and sound!