Scientists from the University of Delhi and Wildlife Institute of India, in collaboration with researchers from Indonesia and USA, have discovered a remarkably beautiful new frog belonging to the Microhylid genus Micryletta from Northeastern India.

The genus Micryletta is a group of narrow-mouthed frogs (family Microhylidae) that is widely distributed in Southeast Asia. They are commonly known as paddy frogs. The first known species of this genus was originally described from the island of Sumatra in Indonesia. Currently, there are only four recognised species in this group.

The newly discovered Micryletta frog from Northeast India was confirmed as a new species by a detailed comparison of both DNA and morphology with all previously known members across Southeast and East Asia. It is now formally described as the fifth member of the narrow-mouthed paddy frog genus Micryletta. 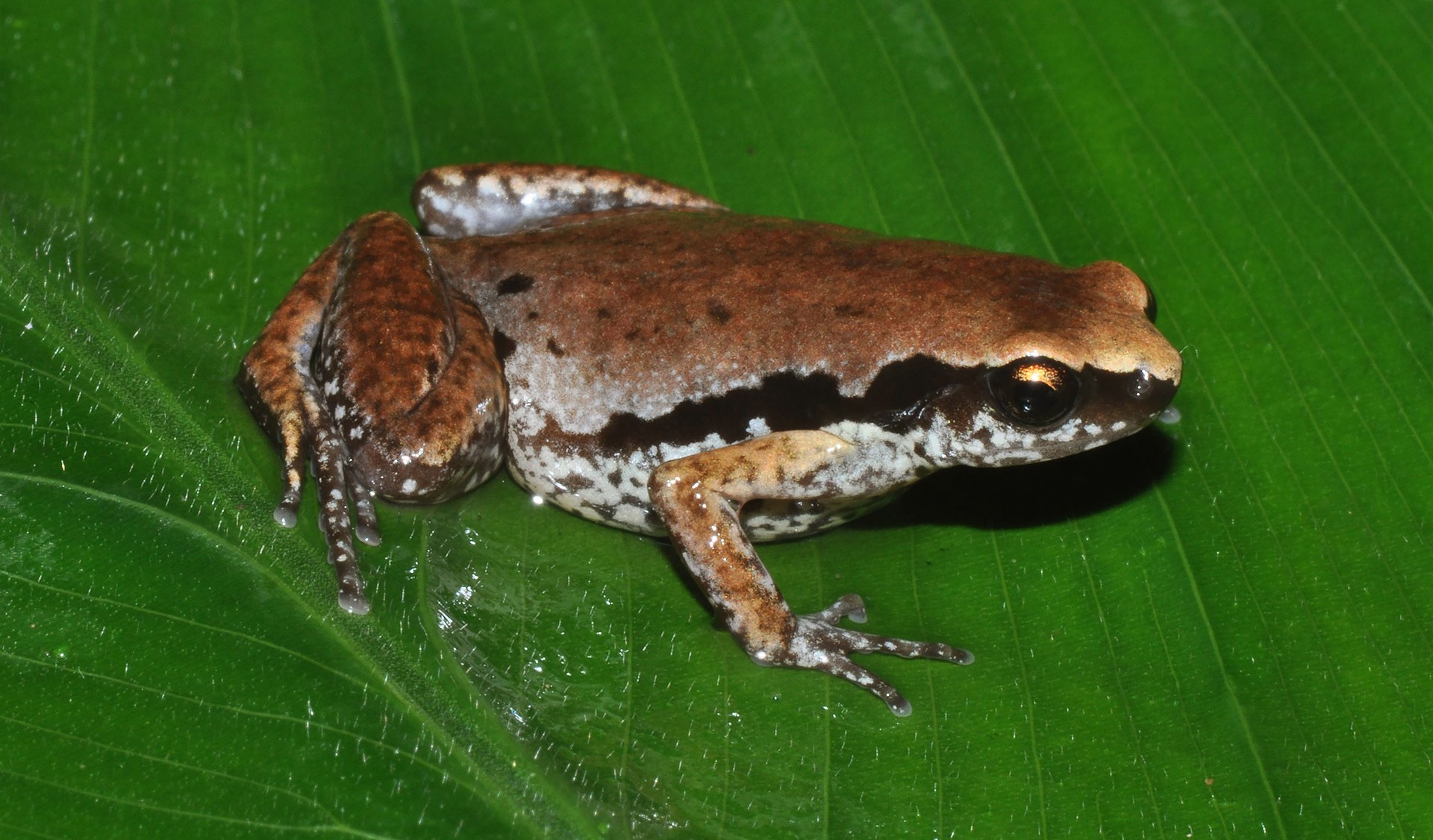 The new species is named aishani, derived from the Sanskrit word ‘aishani’ or aiśānī (meaning north-east), referring to the Northeastern region of India where this frog was discovered. Micryletta aishani strikingly differs from other narrow-mouthed paddy frogs by characters such as reddish-brown colouration on back, prominent dark streaks and ash-grey mottling on the lateral sides, the shape of the snout, and absence of web on its feet. The DNA analyses in the new study also indicate the presence of more undescribed species in this genus from Southeast Asian regions such as Laos, Thailand, and Vietnam.

What is surprising is that the new species is not found too far from human habitations. “Our discovery shows that even fairly common frogs usually found closer to human habitations are still not documented properly. More extensive studies are required to scientifically identify and describe the North-eastern frogs which are already facing extinction threats from various human activities”, says Dr Abhijit Das, from Wildlife Institute of India. The researchers discovered and described Micryletta aishani based on specimens collected from a degraded forest area in the Cachar district of Assam. However, their study also reports the new species from other Northeastern states of Tripura and Manipur. “The new species is likely to be more widely distributed in Northeast India, particularly the Indo-Burma biodiversity hotspot region that lies south of River Brahmaputra. Micryletta aishani is currently endemic to Northeast India but it could very well be present in the neighbouring regions of Bangladesh and Myanmar,” says Dr Sonali Garg from University of Delhi.