Over 15,500 birdwatchers across the country contribute to a report on the state of India’s birds

India’s national bird, the Indian Peafowl, has increased dramatically over the past decades. In contrast, 50% of other Indian species of birds have declined over this time period. These are some of the findings from the State of India’s Birds 2020 report. This pioneering report assesses the status of 867 Indian birds using a massive database of information contributed by birdwatchers.

The report is remarkable for utilising citizen science data to assess the distribution and trends in abundance of birds that regularly occur in India. 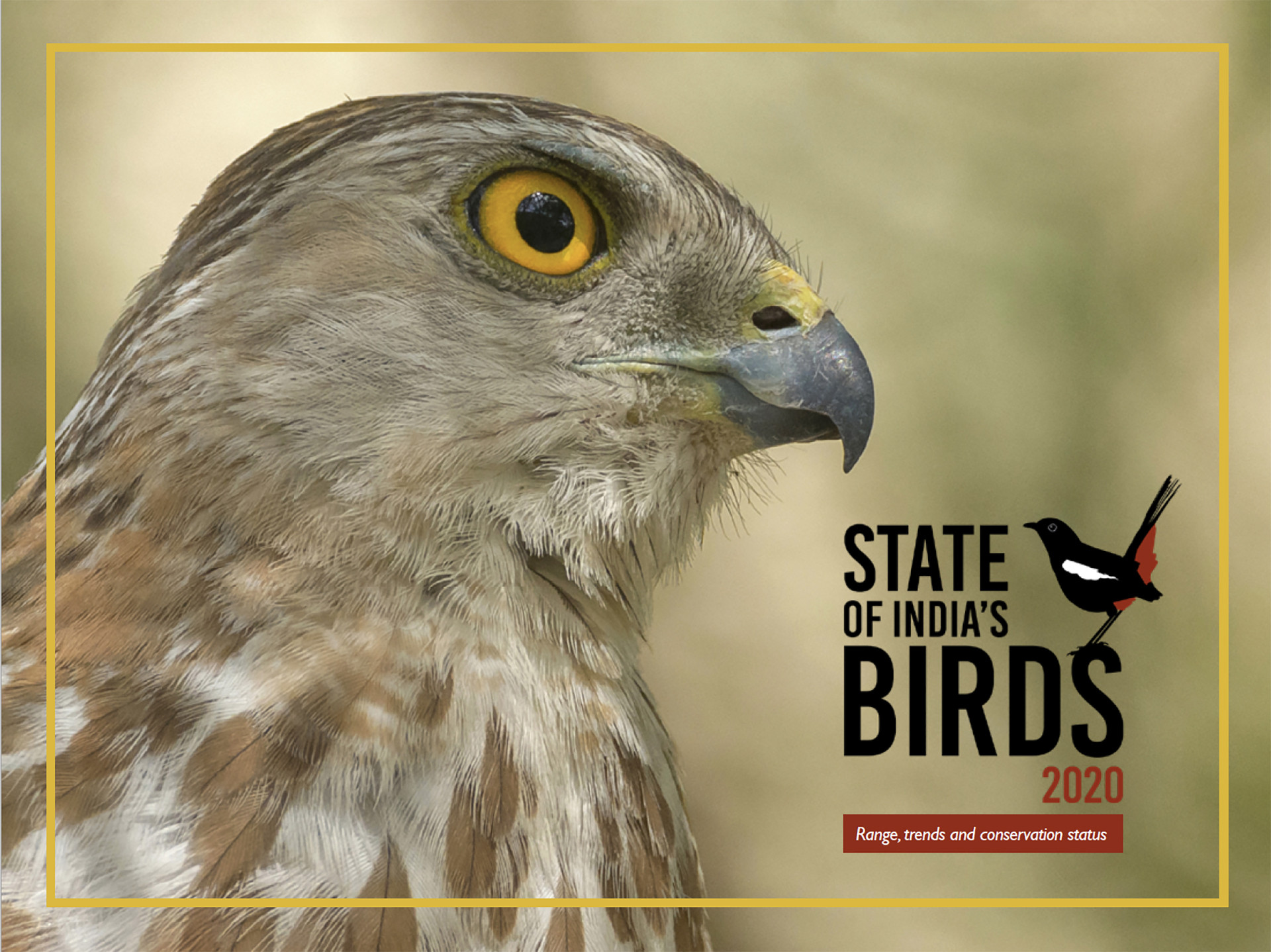 Using data uploaded by birdwatchers to the online platform eBird, the report identifies species that are high in conservation concern, and those that are doing relatively well. The analysis indicates 48% of species have remained stable or increasing in the long term, while 79% show declines in the last five years. In some welcome news, the House Sparrow was found to be roughly stable across the country as a whole, although declining in the major cities. In all, 101 species have been classified as of high conservation concern. “The report highlights common species that are declining sharply; these need conservation attention before their numbers reduce further,” says Dr R Jayapal (SACON).

The groups that show the greatest decline are raptors, migratory shorebirds, and habitat specialists, among others. The overall decline in species demands research into the causes, and action to protect the high concern species. This calls for attention from conservation policy, management and funding. Dr Dhananjai Mohan (WII) says, “Earlier, many conservation decisions pertaining to birds were not based on much evidence; this report helps to bring much-needed data to bear on these issues.” 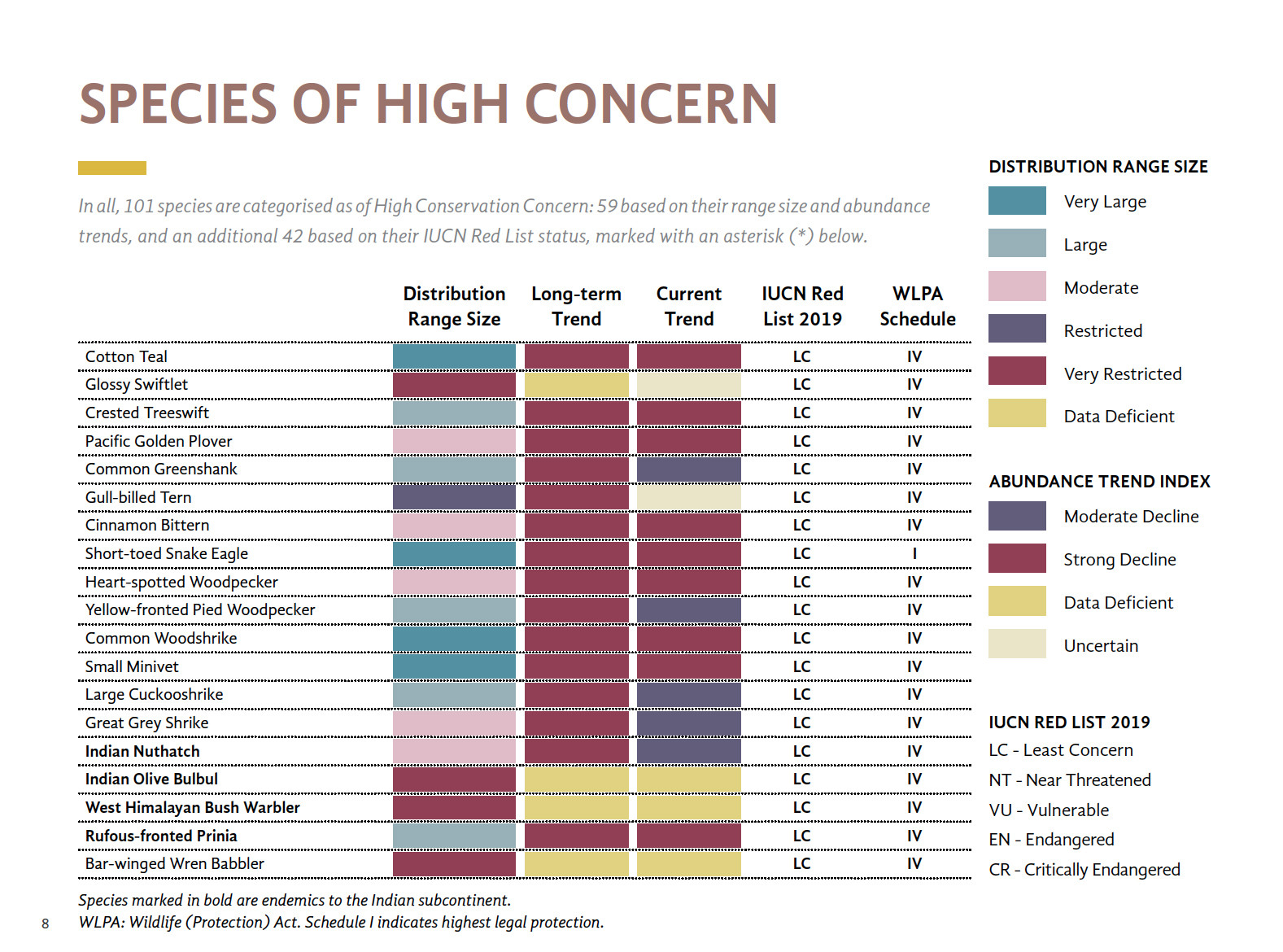 The report relies on more than 10 million observations contributed by over 15,500 birdwatchers, which is a testament to the passion of nature-lovers in the country, and suggests there is massive potential for increased public involvement in conservation monitoring. This is especially important in light of the insufficient data on some species, and the report calls for greater collaboration between researchers and the larger public. Dr Girish Jathar (BNHS) says, “Gathering such information across a huge country like India is impossible without the participation of birdwatchers.”

Cover image of a male Indian Peafowl by Kalyan Varma.